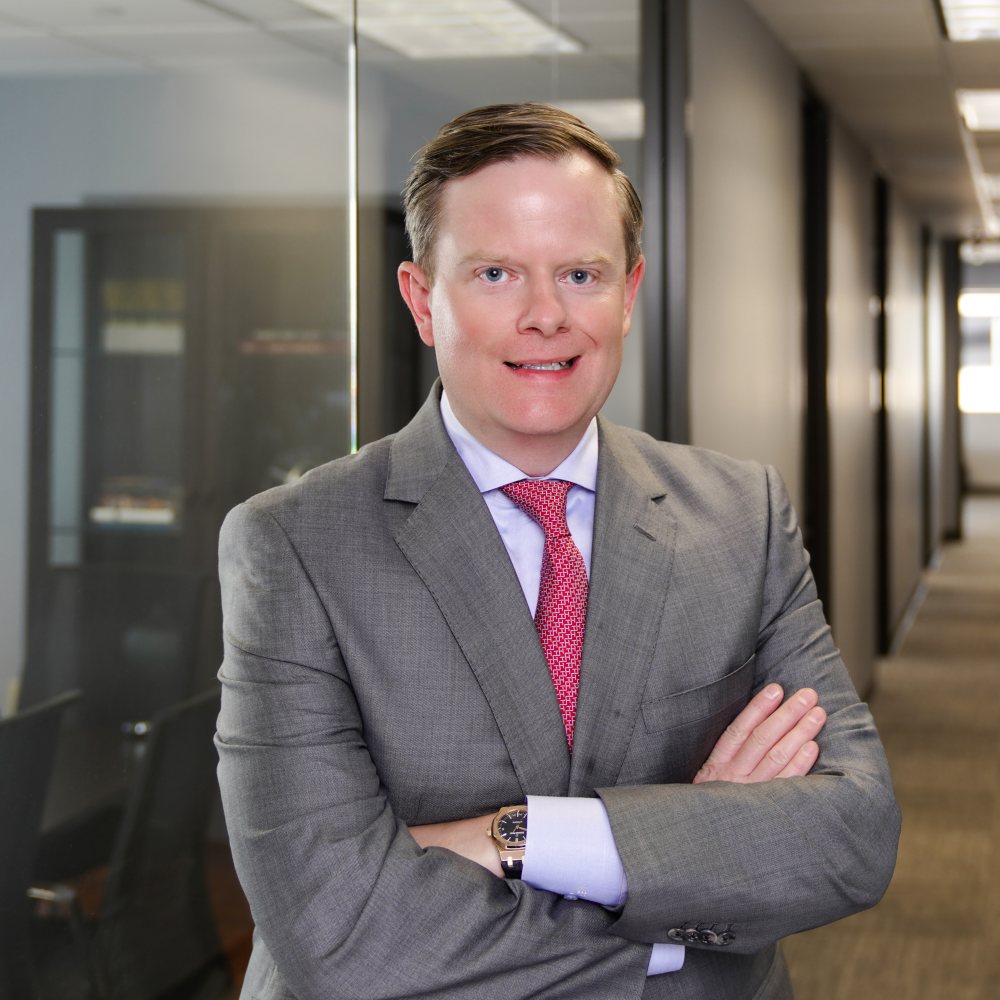 Michael commenced his practice at the national law firm Fulbright & Jaworski, LLP where he handled numerous healthcare and insurance litigation matters in federal and state courts throughout Texas. He served as lead counsel on numerous administrative proceedings, including proceedings before the Texas Department of Insurance. He also served as lead counsel for a local nonsubscriber hospital system in binding arbitration regarding on-the-job injuries. He was one of the primary associates handling nationwide product liability lawsuits regarding pharmaceutical products and medical devices.

In 2007, Michael joined a prominent personal injury law firm where he served as attorney in charge of one of three trial teams within the firm, supervising multiple attorneys, numerous law clerks, and support staff.  In 2011, Michael became a partner at this law firm where he was the primary handling attorney on numerous maritime, products liability, medical malpractice, and commercial cases. He served as trial counsel in more than 35 trials in state and federal courts in Texas, Louisiana, Oklahoma, New Mexico, and Michigan.

In 2012, Michael was part of a trial team that won a $117 million dollar verdict for a young woman paralyzed while riding in an ambulance that struck another vehicle. This was largest personal injury verdict in Louisiana history. In 2014, Michael obtained a $16.9 million verdict against a drilling company that failed to provide sanitary water to workers aboard one of its drilling rigs in the Persian Gulf.  The Tillman verdict was the largest maritime verdict in Texas in 2014.  Michael has consistently received substantial 6, 7 and even 8 figure verdicts and settlements for his clients.

In addition to single incident personal injury matters, Michael has leadership experience in medical device and pharmaceutical cases. Michael served as a member of the Plaintiff’s Steering Committee in a coordinated proceeding pending in Orange County, California regarding the use of continuous infusion pain pumps following shoulder surgery. These cases were resolved for a confidential amount. Additionally, Michael served as lead counsel in products liability litigation pending in Tennessee state court regarding the use of recalled Icy Hot patches.

Michael has handled hundreds of cases from filing until settlement or trial. Michael has received recognition for his success, including induction into the Multi-Million Dollar Advocate’s Forum and selection as a Rising Star by Texas Monthly Magazine for the past 6 years. Michael was also selected by the American Trial Lawyers Association as the top 100 trial lawyers in the nation.  Michael’s verdicts have been featured in Verdict Search’s Top Texas Verdicts three times in the past six years.

$117 Million for Ambulance Accident Victim
Served as trial counsel in a case involving an automobile accident between an ambulance and a cane truck. The accident caused catastrophic physical injuries to a twenty-one year old mother of two. Discovery revealed that an Acadian Ambulance employed a driver who repeatedly fell below Acadian’s own minimum safe driving standards. At trial, plaintiff proved that Acadian’s driver dropped his keys on the floor and took his eyes off the road while traveling 60 mph, leading to a violent rear-end collision. The jury returned a verdict of $117 million, which is the largest single personal injury verdict in Louisiana history.

$16.9 Million Verdict in Jones Act Case
Served as first chair trial attorney in a lawsuit alleging that a drilling company failed to provide sanitary water to its employees working aboard a drilling rig in the Persian Gulf. The Tillman verdict was the largest maritime verdict in Texas in 2014 and was featured in both Texas Lawyer and VerdictSearch Texas Top Verdicts of 2014.

$14 Million Settlement in Jones Act Case
Settled a Jones Act case for $14 million two days before trial. Our client suffered a head injury on the Hercules 15 Inland Barge. The Hercules 15 was located in Lake Washington, Louisiana at the time of the incident. Hercules employees tack welded a three foot pipe to the derrick and then forgot to remove it before starting drilling operations. The pipe was jarred loose and hit the plaintiff in the head. The case was filed in Galveston County court in March 2008. The case was set for trial February 2, 2009. Hercules settled the entire case for $14 million on the eve of trial.

$11.6 Million Verdict in Catastrophic Injury Case
Served as trial counsel and obtained an $11.6 million jury verdict in a Houston, Texas case involving a worker who suffered a catastrophic injury that resulted in the loss of most of the sight in one of his eyes. The jury deliberated for only a day and a half before finding the defendant liable for designing a faulty piece of equipment that led to the injuries. The pretrial settlement offer was less than $300,000.

$2.5 Million Verdict for Injury Victim
Served as first chair trial attorney on plaintiff’s case regarding a defectively manufactured steering mechanism for a boat motor. A non-party lost the alleged defective part before suit was filed. Plaintiff nevertheless prevailed on the defective manufacturing theory and obtained a total judgment of $2.5 million. Defendant offered no money to settle the case prior to trial.

$2 Million Settlement for Fractured Heel Victim
Served as lead counsel in an oil platform pressure release case. Plaintiff suffered a fractured heel as a result of being blown off of a tank when an operator inadvertently released pressure from a subsea valve. Plaintiff obtained a total settlement in excess of $2 million within a week of trial. Defendants in the case more than doubled their highest previous settlement offer in the days leading up to trial.

$1.72 Million Verdict in Crane Accident Case
Served as first chair trial attorney on plaintiff’s case regarding a crane accident that occurred at the bp texas city facility. Plaintiff obtained a total judgment of $1.72 million. The Tamez verdict was featured in VerdictSearch Top Texas Verdicts of 2010.

$1.5 Million Verdict in Offshore Injury Case
Served as lead trial counsel in a case involving allegations that an offshore dispatcher physically assaulted a coil-tubing supervisor. Plaintiff claimed that the offshore dispatcher assaulted him when he returned to the dock following an offshore job. Despite the fact that multiple witnesses provided conflicting accounts of the incident, the plaintiff obtained a total settlement in excess of $1.5 million shortly before trial.

$1.25 Million Verdict In Offshore Injury Case
Served as first chair trial attorney on plaintiff’s case regarding a near drowning accident, which caused the vessel captain to suffer post-traumatic stress disorder. After a bench trial, the court awarded plaintiff $1.25 million, which was more than three times greater than the defendant’s highest pretrial settlement offer.

$300,000 Verdict in Maritime Accident Case
Served as second chair trial attorney on a maritime accident case where the plaintiff failed to report the accident and did not seek medical treatment for almost a year. Plaintiff obtained a total judgment in excess of $300,000, which was more than two times greater than defendant’s highest pretrial settlement offer.

$810,000 Verdict in Maritime Accident Case
Served as second chair trial attorney on a maritime accident case. Defendant claimed the accident never occurred and only offered $10,000 to settle the case pretrial. Plaintiff obtained a jury verdict of $810,000, which was later upheld on appeal.

$600,000 Verdict in Automobile Accident Case
Served as first chair trial attorney on plaintiff’s case regarding an automobile accident. Plaintiff obtained a total judgment in the amount of $600,000, which was upheld on appeal. The Shafiee verdict was featured in VerdictSearch Top Texas Verdicts of 2009.

Confidential Settlement for Shoulder Injury Client
Served as lead counsel on plaintiff’s case involving the improper design and construction of a stairway aboard a Chevron offshore platform. Plaintiff suffered injuries to his shoulder, which necessitated multiple surgeries. Chevron agreed to pay a significant confidential settlement shortly before trial.

Confidential Settlement in Jones Act Case
Served as first chair trial attorney in Jones Act case involving allegations that defendant failed to provide safe ingress and egress to one of its captains, leading to a fall while the captain was boarding his ship. Defendant claimed the accident never occurred or, in the alternative, that the captain was responsible for his fall. The parties reached a confidential settlement after several days of trial. The total settlement amount was more than three times the defendant’s last pretrial settlement offer.

Confidential Settlement Obtained for Vehicle Collision Case
Served as first chair trial counsel on plaintiff’s case against multiple defendants related to a truck and trailer separation leading to a collision between the trailer and another vehicle. Prior to trial, plaintiff settled with the manufacturer of the alleged defective coupling device for a confidential amount. Plaintiff proceeded to trial against the defendant trucking company on a theory that defendant failed to use adequate secondary safety measures. Plaintiff obtained a verdict, which was four times greater than the amount of the defendant’s last settlement offer.

Confidential Settlement Obtained in Jones Act Case
Served as lead counsel in a limitation of liability proceeding. The plaintiff, a deckhand aboard the defendant’s tugboat, suffered a traumatic partial amputation of his foot when the vessel captain failed to discontinue a dangerous rigging operation. Defendant claimed that it was not responsible and filed a limitation of liability action to limit the plaintiff’s damages to the value of the vessel. Plaintiff established that the defendant’s captain operated the vessel under the influence of drugs at the time of the accident. Defendant agreed to settle the case for a confidential sum, which significantly exceeded the value of its vessel.

Confidential Settlement Obtained Prior to Trial
Served as lead counsel in a medical malpractice case involving allegations that the defendant failed to properly evaluate and treat the decedent, causing her to develop decubitus ulcers and sepsis. Despite being in an unfavorable venue with medical malpractice damage caps, plaintiff obtained a significant confidential settlement prior to trial.

Confidential Settlement in Medical Malpractice Case
Served as lead counsel in medical malpractice case involving allegations that the defendant failed to properly check placement of decedent’s peg tube prior to feeding, which resulted in peritonitis and sepsis. Plaintiff obtained a significant confidential settlement prior to trial.

Confidential Settlement in Medical Malpractice Case
Served as lead counsel in a medical malpractice case against a cardiologist and a cardiology practice group in a case involving allegations that the cardiologist performed an unnecessary heart catheterization on a patient with a contrast allergy, causing the patient to go into anaphylactic shock. Prosecution of the case included handling complicated medical issues as well as navigating a bankruptcy proceeding filed by the defendants during the pendency of the underlying medical malpractice case. The parties reached a significant confidential settlement prior to trial.

Confidential Settlement in Traumatic Brain Injury Case
Served as lead trial counsel in a nonsubscriber liability case in which plaintiff claimed that he suffered a traumatic brain injury as a result of automobile-pedestrian accident on defendant’s property. Defendant contended that no objective evidence supported plaintiff’s claim of a traumatic brain injury and relied on multiple negative CTs and MRIs of plaintiff’s brain. After one-week of trial, the defendant more than doubled their last pretrial settlement offer and agreed to settle the case for a confidential sum.