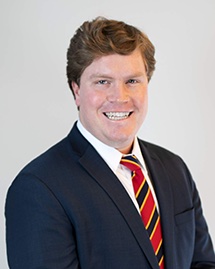 Jack Nugent was born and raised in Houston, Texas and is a product of HISD schools.  He received his Bachelor’s Degree in History and Political Science from Sewanee: The University of the South in Sewanee, Tennessee. After Sewanee, Jack helped open 8th Wonder Brewery in East Downtown, Houston and worked as distribution manager and head account representative for three years.

Taking his experience in client relations and business development, Jack decided to attend law school at the University of Houston Law Center so he could put his skill set to helping people with their unique issues and needs. While in law school, he was a member of the Moot Court and Mock Trial teams for UH’s Blakely Advocacy Center and traveled to compete at three national invite tournaments.

Jack received the Lex Award in Torts for the highest grade in his first-year torts class, was a tutor for Professor Joseph Sanders’ Fall 2017 Torts class, and also received the highest grade in his Trial Advocacy class during his second year of law school. He was also the Community Outreach Director for the Student Bar Association. During law school, Jack was honored to be a judicial intern for the Honorable Frances H. Stacy of the U.S. District Court, Southern District of Texas and worked as a law clerk at two personal injury law firms, constantly growing his knowledge of the industry and its practices.

Jack currently has a diverse personal injury docket, handles cases from intake to settlement, and has tried jury trials to verdict in Harris County and looks to try many more. Prior to joining the Pierce Skrabanek in late 2021, Mr. Nugent was an associate attorney at two other prominent Texas personal injury firms.

Professional Associations and Memberships (Past and Present):